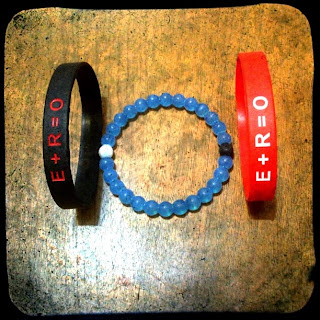 I have said in the past quite a few times that I find things quite a bit. Everything from phones to folders, wallets, and even credit cards. I found a credit card last night and I could not help but to find its owner as soon as possible. I know how it feels to lose a personal item like this and I have been very fortunate to have almost everything that I have lost on that level returned to me in rapid time. I knew that I would get this card back to its owner, and I did.

I started by looking for him on Facebook by just typing in his name. I am not on Facebook, so I was just checking to see if he was there. I was unsuccessful, so I moved on to the next area, which for me was the white pages. Most people are not aware that the white pages still exist online, I found him and his address, but no phone number or email. I though that I would just walk down to his house, but then I thought that it might be a little too much. You never know who you are coming face to face with as it relates to situations like this. I then realized that he was an actor and that he had numbers listed for his management on his page. I left a message with one of them and hoped for the best.

It could not have been more than one hour after that, I was victorious, he called. His energy was fun and gracious, mixed with a little comedy as well. i was so happy that he was so happy and we continued talking and he thanked me. We confirmed that we lived very close by to each other and arranged a meeting at a local cafe. I arrived a bit early and he a bit late. That was not important for the sake of this meeting though. We both made it there and began speaking about our lives. He took the ball first and I just listened.

He is a guy who is married with a child and fully involved on the world of acting. He told me some very personal things about his journey and about family and his child and about this current state of being. I am always so humbled by how much  complete strange will tell you if they feel comfortable with you. He obviously was at ease with me because he went into some deep things. I enjoyed every moment of it, purely because he was so real and so kind as well. I thought to myself as we spoke,that it's so refreshing to meet people in uncommon ways. The people that we learn some of our most poignant lessons from just drop into our lives when the time is right.

As we spoke, I noticed these two bracelets on his arm. I had to know what they meant. Things like this make me so curious and usually make me happy once I learn the meaning. He told me that it means an event plus your reaction equals the outcome. I loved it fully. It was so simple and obvious, yet powerful. Basically it was saying that we can control the outcome by our reaction. This is very true in most situations, but not in all. I will go even further to say that is more true than it is not in the grand scheme of things. I thought of what would've happened if my reaction to finding the card was just lackadaisical, then I would not be sitting across from this great guy.

He proceeded to take off the bracelets and give them both to me. He made it clear that he had many others at home and that it was not a problem at all. Immediately after his kind gesture, I thought it was only right that I give him the bracelet that was on my arm. Actually, I had a gut reaction to give it to him, it's not really that it was the right thing to do. It just felt like a natural progression. The first thing out of his mouth was thank you. He then told me that he did not feel like it was an even trade. I assured him that it did not matter in the grand scheme of things. I explained the meaning of the bracelet, which you can read HERE . The whole meet up was great. He treated me to lunch and e really had a very intelligent and open conversation.

I cannot say enough hoe grateful I am for this exchange. This is what always happens to me when I stay open and run to situations that may be a little outside of the box. It wasn't really my responsibility to bend over backwards to get this card back, But at the end of the day, maybe it was? Just maybe, that guy needed to see that someone cares and that everyone is just not thinking of themselves. I certainly did not do it for anything but the satisfaction that he would be relieved and at peace after it showed up. He told me at the beginning of the conversation that he was just taking a day or so to just be a little bit down. His marriage and child were weighing him down just a little bit it seems. Maybe it was just the pressures of life in general. Either way, we both had a nice exhale and a friendly hug in the end. We will see each either again and see how we can help each other further. Stay solid and open all at the same time.