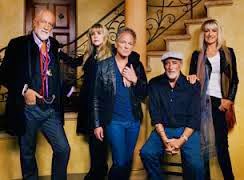 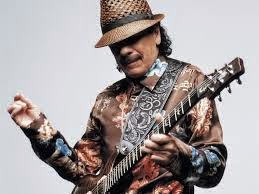 This title is a fun way to stay to say that many things that you think are a certain way are not. Secondly, so many facts that we swear are true, are not. If you are not a musician, or involved in the business, this title means nothing to you. Let me give you some back story. I sang Black Magic Woman in my first professional show. This was back in 1992. From this time until today, as in this morning, I did not know that it was a Fleetwood Mac song. Now I could have researched it, so I take that responsibility. However, I did not, because I had no reason to. I just learned it and then performed it several hundreds of times. I enjoyed it and it made me happy. The point here is, I had no idea that it was not Carlos Santana song. That is who I thought was the writer and musician. Now it became well know because of him and his influence, so that is still important.

Now I am in a place where I want to research other things and get clarity too. I don't mean that I am just going on a wild research binge at all. I just mean that if I get that tingle to check up on some facts, I will do it pronto. You are connecting with someone who was never told that James Baldwin was black until I was in High School. But yet again, it did not matter to me at all then. I just read the words and learned the lessons. I mean would that have changed the validity of his writing for me? I can give a resounding no on that one. However, isn't it strangely peculiar how the race of an individual is given when a story is off the charts and in the front of the newspapers? I will not digress any further.

All in all, those who are the researchers, the questions askers, the diggers, the relentless warriors, are the ones who are getting the correct figures and sometimes even the more fluid ways to do things. I am not talking about short cuts either. I am talking about the guy who goes to buy something for full price online, but takes another week to find promotions and winds up spending 40% less. I am talking about the woman who is told that her trip with her kids will cost 2000 dollars for her whole family round trip. Then she finds out that because or her status and work history, and income, she can go with 2 kids for free and only pay for one. Not every person will tell you ways to make your life easier. You have to research it and make it happen. From my experience, the average person will tell you that they do not have time for any of this and that they just pay it, or do what they are told, or just do what everyone else does. Those channels are always open to us.

I am a songwriter as well. I know that day is coming in the very near future when someone will say, "This is a Chase Steele Greye song isn't it?" Then later on when it gets covered, a young musician will have to do his or her research to know if the person that they are hearing wrote it too. They might not even care, and that will be just fine as well. As long as the seeds are planted, there is always a chance for the tree to grow. You get me? Have a delicious day!!! Take as many bites of it as you possibly can.