Tales Of A Mystery Shopper 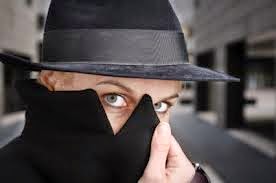 It is such an interesting truth that people act differently when they are being watched on so many levels. If you were just walking down the street and someone was filming you, how would you walk if you knew they were right behind you? Now how would that be different if you had no idea that they were there? You can't answer that right now because you are not in that moment right? Well, we can all put on a show every now and then for sure. I certainly hope you agree on this topic.

I am not sure if I have written about this in the past. I will let you know today though, I am a mystery shopper. This means that companies pay me to let them know what is going in their companies when they are not there.I do this for fun, although, I do get paid for it. I do it about 3 times a month. I am not a threat and I have mastered being calm and real and ghost like when I am in the presence of the employees of these companies. Now in some ways, this might seem a bit cruel to some people. They may say that it is entrapment or something of that stripe.I disagree. I believe that if you are asked to do a job, and you do it, then you have nothing to worry about. We all have bad days at our place of employment. However, I also believe that in the service industry, those who are having bad days realize how it can destroy them if they make it too visible. When the lights come on, they are in their game. When its showtime, give the people whether came to see.

Today was a visit to a computer superstore of sorts. The sales floor was full of 20 something young adults who were seemingly working on commission. I am not completely sure of this, but I would put my money on it. My mission that I graciously accepted, was to see if this young man could basically get me interested in making a purchase today. I was told to come in with the intention to buy a really nice computer. A laptop to be specific. It had to be a specific brand as well. I was also instructed to pay attention to how the person was dressed. Did they take pride in their uniform? I was also asked to visit the bathroom and report if it was cleanly and up to speed? All of these questions were painfully obvious as I began my mission. Being as I have no ties to any of the people in this store, I was open and honest about everything that I saw. Truthfully, doing these mystery shops is like paying me to walk. I do it anyway without even thinking about it.

The young man that I reviewed was very professional, easy going, and knowledgeable on his product. He told me the high points about the machine and he even told me that I should be on fire about the purchase in order for it to feel right going forward. I had never been told that by a salesperson in the past. I will now be as frank as Oscar Meyer. The sales people that I came into contact today seems worn down and overworked. I make it a point to ask them what they are passionate about in life when I feel this. Today, the young man that helped me too me that he was interested in network marketing. That was an answer I had not heard in that setting. I commented that I had experience in that area and we connected right away. Then I asked him what was the last book that he read. His answer was, "The Magic Of Thinking Big". That book is one of my favorites, so I was very happy.

In the end, I bought a car cradle for an iPhone, just because I had to make a purchase that I would return within an hour or so after leaving. This is required for these kind of shops. It makes everything flow better and makes it all genuine. I really do not like giving people any negative comments at all. I want them to shine. The problem is, some of them are way off the mall and they have to be saved. Generally though, I put myself in their shoes and give them as much leeway as I can. However, in some situations, like the time when a bathroom in a small gas station looked like a crime scene from Law And Order, I have to put my foot down. I even had one shop in a well known NYC gym, where the woman asked me straight out if I was shopping her? I quickly deflected her question with some quick remark and she moved on with my tour. I gave her an amazing report and she called me afterwards and thanked me. That was the only situation where the person being reviewed actually has your info. They want to call you and ask about joining the gym after the tour. The other situations are anonymous.

So I gave a great review today to a young man who will hopefully get a pat on the back and maybe even a raise. This is what I am hoping anyway. This posting could go on and on with so many stories. I won't do that to you though. The lesson in this posting is, someone is always watching. Even when you think that they are not, they are. Putting your best foot forward is always a great move. That is a strange sentence to me every time I write or say it. If we only put our best foot forward, wouldn't it take quite a few uncomfortable steps to get ahead? Where would the other foot be? Can we call that the second best foot? Yes, I went there. I have no idea why though? Be well. and make it a great day or a spectacular evening. I am pulling for you.