She Used My Bike For Balance 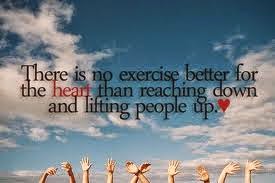 I see so many things when I am riding the subway in NYC. What mostly stands out for me is how people work with each other or not. The rides on the subway are generally short for the average person. Let's say somewhere from 5 to 10 blocks. Obviously, that is just an average. People sit next to each other when they have to, but never when they don't have to. The ride can be very hot and muggy almost to excess, or it can be as cool as a mountain breeze. I love the things that happen when the doors close.

Yesterday, I travelled uptown, with my bike, on the train.  I was happy to pick up a book that I bought online from a very intense, intelligent, and kind woman that I am happy to be connected to. Now for those of you who are not from NYC or have never been here, you might be asking yourself, why is he I traveling on a train with his bike? The short answer is, we have the luxury of doing that here. Sometimes you want to train there and ride back. So I was loving having my bike with me. I had to lift it throughout the turnstiles at the station and I had to lift it up the stairs, but it was worth it. I also got an uncommon amount of compliments on my bike yesterday. It's a nice white street bike with the word "gravity" on it. I really enjoy riding it.

So I met with my friend, rode through the streets a little bit longer after running a few errands, and then it started raining!! No problem, I went back into the train. At the time that I chose to go back on the subway, it was rush hour. There is barely room for bodies during this time, so you can imagine the added space limitations of a bike. Now when I entered the train, it was almost empty. I sat and had my bike in front of me. There were 2 seats next to me, however, only one was accessible because of the bike. I figured I would get pretty far without having to move at all. At one point, I felt bad because I was keeping one seat from being used, however, I could not move. Then it happened, the train filled up like a bag of beads at a craft shop! At 42nd street, the entire train became full.

As I said in the beginning of this post, I watch how people work together, or not. The tire of my bike was just jutting out a bit to the left of my seat. This meant that every passenger that entered throughout that door had to step over it a little bit. Some people were just fine with it, while others jeered at me in a very noticeable way. The stress level is high at this point in the day for those coming home from jobs that they loathe, so I just watched it and kept calm. One lady had a very expensive Louis Vuitton bag near my bike. I urged her to turn it a little bit so that the brake mechanism did not punter her bag. She was gracious for my concern. Then a man almost bent my wheel out of frustration because he could not get off fast enough. Another woman who was Middle Eastern I believe, was standing to the right of me facing my bike. The seat on my right side was occupied by my bag, however, the next seat over was just slightly obstructed by my bike tire. I asked her if she would like for me to slide the tire up a little so that she could sit down. She smiled, said yes, and sat down. Her face was filled with gratitude and somewhat of a surprised look. That was interesting.

Then it happened, a woman came on the train and did not have a way tot hold on, so she rested her entire hand on one of my handle bars and gripped it tightly for balance. My gut saw this, and I did nothing. I said nothing, moved nothing, and even checked my own self. She was looking in the other direction and I was looking straight at her. I did not give her permission to use my bike for balance at all. Then I realized that it was doing nothing at all to harm me. She was probably about 65 or so maybe older. She was quiet and unassuming. She was not bothering a soul. The train was packed to the brim. So I thought to myself, this is a teachable moment. If you have something to give to another and they need it, give it. I did not suffer at all because she used my bike to stand straight. I also felt that she looked in the opposite direction so that I could not see her face. She may have had to ask for permission or to possibly receive a grim response to her actions. In the end, I think that she knew that I knew and she silently thanked me. I felt it in my gut.

So I ask you. What would you have done? How would that situation have affected you? I am still processing it in my own way, even though, I made my choice in that moment. Thank you for reading..