That Which Manifests Slowly 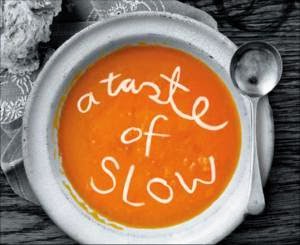 I am back to my writings and you can be sure that I am living fully and taking stock of what is happening around me in more ways than one. So many things are popping up out of nowhere and I know that not one of them is by mistake. The lessons, the mishaps, the surprises, they are all perfectly timed for this moment, or that moment that they reveal themselves. Everything happens when and how its supposed to without a doubt.

So many years ago, (I can't believe that it has actually been many years), I wanted to meet a certain person. He was on television on one of the first reality shows that became very popular. I wanted to meet him because he seemed so interesting to me, even though he was clearly the problem cast member without a doubt. To this day, I am unsure if it was scripted that way or if he was just angry and spewing out onto anyone that would listen. All I knew was that this young man was intelligent and very much on his way to doing many things to change the world. I still do not know why I felt that way, I just did.

Fast forward to a few years ago when I thought I saw him walking down the street and then he moved on and I did not get to see if it was him or not. Then I saw his name on a promo for a show happening in town. He has become a writer and an activist for many things and he is making things happen for real. I know that he has written at least 12 books and he is still going strong. This man is an inspiration to me in many ways because he keeps plowing forward.

In the last year, I found out that he and I have a mutual friend that we both love and adore. She is a well rounded and talented, not to mention beautiful musician. One day while speaking with her, she mentioned his name and I knew I would be meeting him shortly after that evening. This did not happen at all though, I ran into him out in the city in the middle of a park. Actually, he was with another person when I met him and they were skateboarding if I remember correctly. I introduced myself, let him know that he and I had a mutual friend, and gave him my card. We did not connect after that, however, I ran into him again in a restaurant in Brooklyn not too far from where he lives. I happen to be doing some consulting for this amazing restaurant and he came in to have a meal with a good friend of his.

As I spoke to him and reintroduced myself to him, I realized that i had never given up on meeting him face to face from the moment that I had first seen him on TV. We spoke of many things in such a short time and then he asked if my good friend that owned the restaurant was interested in catering? He told me that it was his favorite place. I told him that I would put them in contact and then I let him get back to his guest. I then proceeded to move in the direction of his server. I wanted to give back to him because he somehow inspired me many years ago. I left at least 80 percent of the cost of his meal with the server and let her know to apply it to his bill. It made me feel so wonderful and he felt like he won the lottery! That's what he told the server. That was really nice to hear.

I will end with this. My good friend will most likely do business with him going forward. He loves her product and she met with him and really hit it off with him as well. They are two very strong and driven souls who will stop at nothing to make a difference while injecting love and good will into others. These are my kind of people and I respect them both so very much. I do not believe any of this was a coincidence at all. I planted this seed over 20 years ago and it finally grew into a Redwood tree, so to speak. Now he is my friend and we can make things happen together. So why did I not tell you who this person is? Well, I just wanted you to concentrate on the manifestation side of it. The seeds we plant and water consistently are the ones that grow. If we don't plant the right ones, we do not get the right results. These are the rules and they cannot be altered. I am so grateful for this happening.  Magic is my shadow.  Thank you for taking time to read my blog. I hope you are better because of it.