A Writer, An Actor, And A Homeless Man 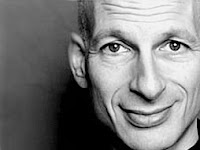 Now its no secret at this point that I love NYC. No matter where I go on what day, I am mesmerized by some aspect of my day. Some would say that I am this way because that's just who I am. To them I say, I expect to me mesmerized and that is why it keeps on happening day after day after day. It is just so incredibly refreshing to always have this gift swimming happily inside of me. I call it a gift because technically I never really have to pay for entertainment. I choose to pay for it at times, however, I have a lifetime pass for fascination. That could possibly be the title of my upcoming book!!!! Oh my goodness!!!!

A couple of days ago I had a lunch meeting/hang with one of my favorite musicians on this earth. I respect him for his tenacity and comedy. He is not a rock star or on the cover of any magazines or anything like that, yet. Him and I are writing songs and I am over the moon about it in more ways than one. We have been doing gigs together for at least 10 years now or thereabouts. He is such a technician and a goofball all at the same time. His talent is enormous and I have the world of gratitude towards him. We ate lunch in Union Square and it was my treat. I was there to do an evaluation of a particular restaurant. This is something that I love to do and I get paid for it as well, go figure.

So there we are inundated by vegetarian cuisine and over my friends right shoulder about 6 feet away, I notice one of my favorite writers on the planet walking in my direction. I immediately get up and walk in his direction to introduce myself to him. I need to also had that I had already lived this moment in my head at least 100 times. If it can be produced in your mind, then it is 100 percent possible in real time. But what if real time and in your head is the same thing? Sit with that for a moment. To make a short story shorter, I spoke to him and it was intensely satisfying. I was not star struck or anything, just so completely elated that I got he opportunity to tell someone that has showed me so many different perspectives through his writing for about 5 years or more. When I saw the smile on his face and I heard him say that I had made his day, I was so grateful. His name is Seth Godin and I endorse his writings to the tenth power. You can find his blog HERE . Also, if you are interested at all, He wrote a book that has changed my thinking on many levels.  It is called Linchpin :Are You Indispensable? Do yourself a favor, get it. I would not lead you astray. Here is my short disclaimer, do not get this book if you are easily offended. Seth goes for the juggler with blistering honesty.

In the next 15 minutes, the actor Chris Rock walked by and I gave him a quick shout. He turned and gave it back. He was walking with a bodyguard and several people noticed him. Then he walked back a few minutes after that. One thing is for sure, Chris Rock is a normal human being that does not seem to take himself that seriously. I like that a whole lot, trust me I do. It was nice to be in the same space with him as well. Not because he is a blockbuster movie star that makes millions, but because he was real and he acknowledged the fact that I noticed him. I loved the moment and I respect him even more now. He was in Union Square filming an upcoming untitled comedy. I found out a few minutes later that his trailer was on the next block.

Lastly, during my meal a homeless man approached us and asked us to feed him. Now let me be frank with you, I give money and food away all of the time. There is just something about a stranger approaching your plate while you are eating that can be a bit unsettling. Then I took a step back in my mind and asked myself, is there a good time to ask for food when you are genuinely starving? Probably not. He was  about 3 feet from my face and I could smell so much alcohol on his breath that if I would have lit a match the entire cafe would have gone up in smoke. I declined giving him money or food, however, as he walked away, I sent compassionate thoughts along with him. As sure as I am writing this blog posting right now, he returned about 10 minutes later and sat at the vacant table near us and asked again. He had a sort of comedic vibe to him, but the restaurant asked him to go. I wished him well again and I continued speaking with my good friend. In that small pocket of time, I had experienced 3 different vibrations that almost existed simultaneously in one little space. It was powerful and it made me think of how connected we are in so many ways. Some slight judgements and different choices at the correct and incorrect moments have placed people in different situations that they now live every day. I believe that we are here not so much to pick out or differences, but more to notice our similarities. Each person that I just wrote about has their own set of struggles and they deal with them either in private or out in the open. We are just the audience to all that we see and the main players in all that we manifest. Nothing more and nothing less.
I hope that I have moved the dial in your mind even the slightest bit. Be good to one another....
Email Post
Labels: choices compassion eating outside fascination homeless people manifestation Seth Godin Union Square NYC