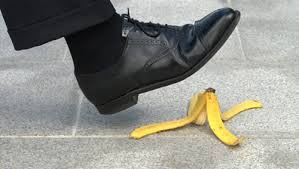 This is a life that requires tenacity and so much persistence. I consider myself to be a very persistent person that has endured tons of rejection on many levels. In this business of show, the game is built to keep people out just to see how hard they push to get in. I have seen things that really have floored me as it relates to watching people do whatever it takes as well as doing as little as it takes to get into the elite club of truly being a working musician or actor. Most people want it for the wrong reasons and they very quickly realize it and run for the hills. The others are so sure that this is their path they will just about sell their first born to sprint forward in the direction of their choice. I don't recommend this on any day in any way. You do not ever need to step on someone or be less than authentic to get ahead. This is my viewpoint and it must be taken with your own personal discretion. But I digress.

So today I called a place that I really love to follow up with a nice young lady that I was sure was interested in me and my band. Its a new hotel location in a very nice part of the city. I met her by walking in and inquiring because I knew that it was brand new. Our first conversation was so nice and light and open. She had told me that they were just thinking about having live music possibly shortly and so I told her that I would send her some promo info that evening. I did what I had committed to and I had not heard from her in about 3 days either by email or phone. So I called her and left message. Another day went by and I called again. Mind you, I had not spoken to her nor anyone that could help me at this point. My thought was to remain persistent, because chances are that very few people would in this moment. I say that to say that when people feel interest as an employer, usually it makes you want to see why a person or group is so eager. It can many times be that this particular person or people have that drive that you need for your business. I am that guy.

I received a call from this woman today. She began the conversation with a battle ax in her hands that exposed itself through her mouth. Her tone was more than abrasive and she meant business. Her first question was who is this and what is this in reference to? Then when I refreshed her memory, she told me that she was told that I have been calling all week long and leaving so many messages. I repeat, I only called twice. Her very salty message to me was that she told some random person that they were not hiring people now for music. That was strange to me because I have not received any calls from anyone and my telepathic messaging system is obviously currently not working. I asked her to please calm down and allow me to talk and she kept talking louder. She told me that this was not sitting well with her boss that all of these calls were coming in and that she really does not have time for this right now. I attempted one last time to calm her down and she hung up on me.

As I sat there, I realized that I had to let this go for now. I actually want to write her an apology letter just so she knows that there was definitely no harm or malice in me calling her to follow up as we agreed. In short, people are always somewhere else before they reach you. I did not like being hung up on, however, I had to immediately not make it about me. For example calling her right back and tearing her a new page and letting her know that she has some nerve hanging up on me. That would have been more than useless and that was not the vibe that I wanted to offer to her. The 5 second rule came in handy. When stress or the gut gets out of hand to the point where you feel that you are about to explode, do and say nothing. That little regrouping period is like a wonder drug. What happened? I do not know. What I do know though is that part of me still wants to write her a letter an assure her that I meant her no harm and that I hope we can speak in the near future or when she is ready for entertainment.

They say that the squeaky wheel always gets the oil. That is definitely not always true. I do not consider myself a squeaky wheel as much as I see myself as an 18 wheeler truck. When you see it or hear it, you know it means business.Today, all I got was a dial tone and another lesson that people are just people. They have good and bad days and they are not perfect. When we lose our composure, we lose our way. Try driving a car while screaming at a spouse or friend and throwing your arms around in an out of control manner. How far do you think you would get on that journey? I send a silent warm vibe to you "Miss I will not write your name". I forgive you and I did not mean you any harm at all. I am persistent and when I really want something, I go after it with abandon. We will meet again and laugh at this later. I am placing this experience in the "forgive and let it slide" file. I am doing myself and those who will be in contact with me today a huge service by arriving at this decision.

Let the magic day begin. Thank you for being here....