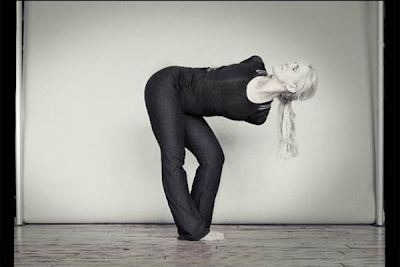 This posting comes from a conversation that I had with a fellow singer the other day. I have know this young woman for years and she is an exceptional spirit to say the very least. We have graced many stages together, many times over. When she sees me there is an extremely loving vibe that always comes across from her to me in an instant and I am so very thankful and grateful for this. Some people just bring what they have without a filter and this woman does just that.

We were about to have a showcase for some potential clients and we were waiting for them to enter the room. So there we were speaking about life in general and then she said something that sparked a conversation that had me thinking the entire evening. She told me that she was so confident in her personality, yet she was always second guessing her talent. The woman has sung with so many great talents over the years and always sounds great when i am with her on the stage. Her smile is gorgeous and her spirit shines through with every note that escapes from her lips. So the question is, why does she feel this way? It was as if she was inadvertently asking me for guidance, so I offered my viewpoint in a very soft and palpable way.

I told her that many times when we feel inadequate, its because we are comparing ourselves to others. As performers, we are so notorious for doing this and it does hurt us in the end. There is not one person on this earth who has taken the exact path that we have taken to the letter. They did not feel the same heartbreaks, the same rejections from an agent or producer, the same days when we could not sing to save our lives. So I urged her to be thankful for all that she is blessed with right now. This same woman just lost her father about a month ago as well and I had the pleasure of being near her a few days before his funeral at another gig. To top it all off, she has been suffering from a health issue that has been challenging her for years.

This woman is my friend and she has always shown me so much love. She also told me that whenever she sees me that I seem to be so focused on what I did on stage and that I did not seem to be worried about what others were doing. I was not sure how to take that at first, so I asked her to explain further. To clarify, she said that I seemed to always be confident in what I did on the stage. Well firstly, I made it clear to her that I surely was not always confident with what I did on the stage. Secondly, I made it abundantly clear that I was watching everything and listening to everything that went on around me when I am on the stage. She continued and told me that even during a song that we were doing, she had gone flat and that she knew that everyone could hear it and it crushed her.

I began to think of times when I was in this very situation. I told her that I always make a point of surrounding myself with those people who bring my game level up. I continued by telling her that if she were around singers who were just mediocre, then she could just sail on and not worry about anything because when mediocrity is present, there is no need to measure skill. You can join the mediocre crew and fit in instantly. She is not that kind of performer, therefore, she received my message loud and clear. Just for the record, I always hear this woman speaking out loud about her less than worthiness. She made it clear to me that she always feels imbalanced and less than when she is on the stage. I had just noticed it and kind of kept quiet up until now.

The truth of the matter is, I was not her answer to her problem, nor did I expect to be. However, in that moment, I was at least a temporary buoy during some turbulent, yet temporary, rough mental seas. I have found this oasis in others at some of my roughest times as well. I feel that she did hear me and was so grateful for the words that we exchanged in that moment. I send her thoughts of strength and positive nature quite a bit actually, because I believe that she can feel it. In short, I believe that we are all walking around feeling a certain amount of imbalance. Its a constant dance that never truly feels as though it has come to a close. This is what pushes me daily to suck more of the marrow out of life. Through reading, watching, playing, listening, and most of all, just staying curious, I can always make something happen.

I have chosen once again to leave the name of this wonderful woman out of the posting. She is one of my favorite energies and I know that she will prosper no matter what. So if someone in your immediate circle is down or seems to not be aware of what they have that is unique, let them know that although they cannot see it, surely it is there and it is making a difference. If you don't see it in them, then just let them know that you are there for them if they need you. If you can't say anything nice, then just observe and receive the lessons that are always there for you to learn form. I feel that you are always learning from others mistakes, or learning from others victories and brilliant nature. Either way, you take it in and go into the next frame with fresh oxygenated clarity. There is no failure, just constant and sometimes painfully humbling feedback. Take the upcoming week by storm....

Chase
Email Post
Labels: believing in yourself comparing yourself to others how we see ourselves imbalanced soul inadequateness potential talent