TWENTY THIRTEEN /How Do You See Me?/Tough Love Smack Down

The year has finished and the year has begun all in one breath, or so it seems. This year has been the toughest year and the fastest year of my life. I have said this in past posts and I have just said it again because it has been a whirlwind for me. on many levels. We need to be dragged through the mud from time to time to make sure that we stay grateful for our lives and the power that is harnessed within them. Our choices are always are own, end of story. I made some decisions this year that truly taught me some valuable lessons. I also did not make some decisions that my gut told me to, and I paid for them dearly. The good news is that I am still here, standing like a gladiator from a medieval movie. I am stronger, wiser, lighter, more aware, and most of all more loving of myself. This will surely translate into more love for others in due time. 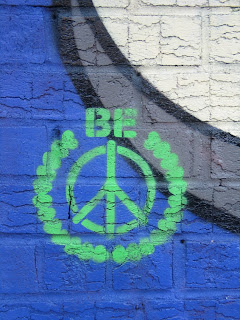 I feel as though time had its way with me in 2012 and I allowed every second of it. When I heard my gut tell me to jump, many times I did. However, its the times that i did not that I had to pay for in emotional stress and regret. I knew it as it was happening, however, I denied it within. One of the best teachings that I have ever learned talked about planning the day before it begins on paper. When I did that consistently, the days flowed like dolphins in the Caribbean. When I did not do it, I was knocked off course as easily as a child who is given candy while drawing. So that lesson will be fortified this year. Also, I got a clearer picture of how I react to less than favorable situations and how those around me feel my energy drop instantly. Those who are close to you sometimes know you better than you know yourself. Why is that? In my opinion, its because we cannot really be who we are and see who we are at the same time. Because of this, its always such a relief to let your most cherished loved ones take the reigns every now and then.

So here it is 2013. The number itself is actually very futuristic to me in a very big way. I remember saying the year 2000 when I was younger and picturing space ships and all sorts of next level gadgets and so forth in my head. In a sense, those things are here and they are becoming more and more common. Just think of the newest iPhone. It does talk to you and let you know where things are and how to get to them and so many other things. That is truly fascinating to say the very least. There has never been another time in the history of this planet that we have had more access to knowledge on all fronts, yet there are still so many people starving for information who claim that its not available. This of course is a mindset, a paradigm, an internal decision.

I have been thinking about how important it is how others see me. From the way that I dress, speak, eat, and even smile. Does it matter to me? Am I doing things to create a certain outcome as I deal with others? This whole thing sparked up the other day as I ran into a musician friend of mine and his girlfriend. This guy is the nicest guy that you would ever want to meet. I will not say his name because I value our friendship and respect his personal life experiences. So I was walking down a street coming out of one of my favorite restaurants and I saw this guy with his girl and they were entering an adult paraphernalia store. She was halfway on the door and he was right behind her. I called out his name and he was happy to see me. I hugged his girl too and told her that it had been so long since I had seen her. Right under my nose, they both turned beet red. Then I got it!!! They were worried that I was judging them because I saw them going into a sex shop. The thing is, I had not thought about it until they did what they did. Then I made a joke about how cool it was for us to meet up in front of this kind of store and they were just beyond embarrassed. I mean that is how we got here right? We spoke for a moment and then we parted.

The point of that story is, they were more worried about what I thought about them at that moment then they were about going into the store. They gently waited until I had gone a bit further up before they entered the store. I saw it out of my peripheral. So that is what we do in so many ways in our lives and it sets us back for sure. We are all hurt about something. We are all confused about something. We are all fantasizing about something. We are all not willingly not being accountable for something. So why do we think that people are not seeing us that way sometimes? I went to pick up some items from one of my best friend in the world about a week ago. As I entered and she greeted me in her very friendly way and asked how I was doing? I told her that I was fine. She did not buy it even though I was sure I was hiding it perfectly. As She came over to me and offered a hug, I broke down in tears. I needed to do that and she prompted it. She turned the key in the door that released the flood gates. That was supposed to happen and it did. So every now and then ask one of your closet friends how they see you. I think that you may be very surprised at their answer.

I got hit with some tough love tonight from a very important person in my life. Basically she told me to stop playing small and to lift off by choice, in short. She reminded me of something I had told her a few years ago and it stopped me cold. She then proceeded by telling me that she was basically tired of seeing others do what I wanted to do and to step it up and stop waiting. This was tough love and it was right on point. When someone steps outside of themselves to show up for you, its big. As a matter of a fact, I believe it  is one of the highest compliments that you can give to another. I stand for you and I am ready to hold you accountable because I believe in your power. That is just groundbreaking. Truth be told, this is not the first time that she has done this. I really appreciate her immensely for this trait that she has. What a huge heart pounding moment  took place after that exchange. It was as if someone had just pulled up my pants over my chest. It hurt me, but more importantly, it got my attention.

Please take the time that I will before I go to sleep tonight and plan your day tomorrow. Not only plan you day, but plan your year. Tell yourself what you are going to accomplish and what you will not stand for this year. Also, do something for yourself each day to better your life or the temple that transports you around each day which is your body. My way of doing this is to commit to 30 days of Bikram yoga as I do every year around this time. It wakes me up and reminds me that I can do anything that I truly decide and commit to. 2013 is here and it will only last for the same amount of days as the last year. There will be more disappointments, more forks in the road, more unforeseen happenings, more challenges. The question is, will we handle them better this time? We have been here before. So what will we choose? Some how I know that we will magically choose the right behavior if we decide on it right now before it even rears its head.

This year is going to rock harder than steel....I can feel it. Happy New Year everyone...