Can We Be Friendly? / Kundalini Day 21 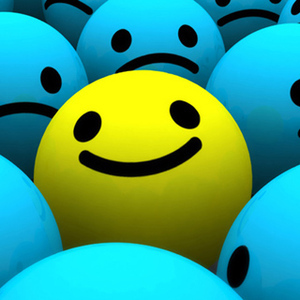 Having a daily experience that brings you joy in a different way is such a blessing. The weekend classes are packed as I had written once before. This class was no different to say the least. I arrived about 15 minutes before class, which is my general consistent thing. I enjoy picking the place that I want to sit in the class and it changes every time. This allows me to not get complacent and to feel the energies in the room from different perspectives. This was my same way if operation when I was practicing BIkram yoga and it made me grow immensely. There were lots of smiles and conversation in the room and the teacher arrived at about 11;10 or so, which I did not understand. The weekend classes seem to not start on time, yet they are worth it every time in the end.

The teacher asked us to say hello to at least 5 people in our vicinity and that was a great exercise. Although I do not have a problem engaging with others, I know that must have been uncomfortable for many people in the room. So she continued by saying that we are closer to each other in the elevator when we are in a building and usually not one person says hello. I silently agreed to the tenth power. Then she asked the question, "Can we be friendly"?  I was the only person in the whole class to say yes. She was quick to tell the class that at least one guy is willing as she looked at me. It was a funny moment that I will never forget.

Today was full of breathing and a few news movements that were challenging as usual. One that sticks out for me was the boat pose. This is where you lay on your stomach with your arms stretched out in front of you and your legs stretch out behind you and together. Then you support your body by your core and you lift up your legs and your arms as they are locked together with the fingers interlaced as well. This tests your core and once again your ability to endure some short term pain. Then we had to do a certain breathing technique at the same time. We also lunged forward on opposite feet as we reached forward with our arms pushed together and spoke a mantra that accompanied it. We were getting stretched in a few different direction s today for sure.

Once again in the class we were partnered up for a few excesses. Today I was paired up what a woman from Italy and she and I spoke Italian and I loved it. By the way, after I said yes to being friendly, she blurted out that in Italy they are friendly every day. That was a cool thing to hear, because she was sitting right behind me and I knew that fact to be true for sure because I had been there so many times in the past 10 years. So basically we were doing something close to the old school patty cake game that children play, with a mantra attached to it. Its fun because you sit eye to eye and knees to knees and it highlights once again that we have to work together and if we do not, the house of cards can fall in life. Once or twice one of us just hesitated and we messed up the sequence. We laughed it of and then picked it up where we left off. It was her first day of kundalini ever and she told me that she liked it.

Its the nuances that made today so interesting in class. For example, there was a dog barking for a very long time and the teacher commented on it by saying that the dog was very unhappy or so it seems. Then out of no where she asked us if we realized that when we were doing the postures in a more calm fashion during that time that the dog stopped barking completely? Now that was in no way justified, however, it did happen and it was then left up to pure perception as to why it was so. The time that goes by when I do the class is so incredibly quick from beginning to end now that it just blows me away. I know that I am in there for 90 minutes every day, however today it felt like 30 at best.

When I finished class, I proceeded into the reception area as I always do and I decided to see how many people I could serve the chai to before actually serving myself. I think I served 5 people before me and I got a little kick out of that.Each person graciously thanked me and it did not inhibit me from having a cup of it for myself, not even 2 minutes later. I stood there next to the area where the chai is made available after every class for about 5 to 7 minutes. I usually do not stand there, however, the sun was beaming right next to the table so strong that I had to let myself partake in it before changing my clothes. I got a nice mini indoor suntan and it felt great. I just closed my eyes and let it do its magic.

After completing 21 days in a row, my brain has expanded in more ways than one. I think of those who cannot exercise for 15 minutes each day. I also think of those people that meditate for an hour a day in complete silence too. The daily choices that we make are so random for most people. Its like most people are just drifting and waiting to see what direction the current will push them. This practice is erasing some of my mental assumptions about what is possible. If I can be in a room for 90 minutes every day doing some of the most challenging physical movements and breathing and chanting, then what else is possible? Where are my true boundaries? Actually, I am aspiring to never find them.