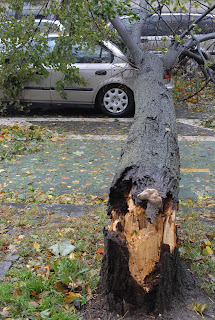 I named this posting this because I truly believe that we were given a gift when this massive hurricane  hit the east coast. As many of you know, I live where the storm hit and it was like nothing that I have ever seen from a strength point of view. Trees were thrown around like plastic whiffle balls and water rose up to heights that were unimaginable. Sandy arrived right on schedule and she made sure that we all felt her just enough to get our attention. I had guests during this exact time, my father and his wife. They came to be in NYC for the last of the semi warm weeks before it gets brutally cold. Well I guess I should say, brutally cold for Floridians.

All I can say is this, we truly don't ever know when the plan can change right under our noses. Its such an incredible thing to realize that on any given day at any given time, you can be forced into a completely different set of circumstances that you have to take seriously of else. We watched movies, played Scrabble, and watched the news until our eyes almost bugged out. The fact of the matter was, nothing else was more frontline in our minds than Sandy. When things like this happen, you truly get a laser sharp vision as to what is really important in our lives. Its very simple actually. The most important thing in life is the same thing that we all begin with when we first open our eyes, our soul, body, and presence. 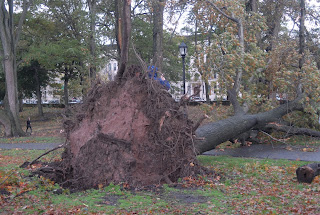 When any number of people feel that they could potentially lose it all, a new thread grows out of thin air and it is the strongest thing in the universe.When two or more people decide on a common goal, nothing is impossible. I spent over 6 hours collectively trying to figure out how to get my family back to  Florida and it was not easy. All of the transportation was blocked and the airports were closed. I felt has though I was in some third world country and all we could do what wait it out. Mother nature had spoken and she was not even thinking or retreating. As I watched the television, I saw that people had perished and others were badly hurt and had lost there homes and personal belongings. There were things on top of things that you had never seen before. I watched and inside I became extremely grateful. I did not suffer at all. The small things that were mild inconveniences could not top my thankfulness.

In all of the time that I have lived in this truly magical city, I had never once seen it as pitch black as it is now. People have candles in their windows and  others are just staying inside and sleeping at night.  At this time all we have is hope and each other. All of our convenient perks are on hold and our attention is being held by something we could not have stopped if we wanted to. The lessons are endless...

A day later, I lost a very dear friend to cancer. What was interesting to me was that something came and raised my awareness and then something came along that raised it even higher. I have blogged about death before and this was another one of those situations that screamed of obvious clues that we are all fragile and susceptible to any and everything. Which brought me to start thinking about almost everything around me that I am spending too much time on that will not advance me at all in this life.
What if we only had to be respectful and courteous to one another to maintain our good health? Would we do it consistently and wholeheartedly? I once again gained a sharper focus over the past few days.

So if nothing else, the storm made us see all too clearly once agin that we are not the value of our  things, we are just who we are minus any enhancements, bells or whistles. Does this mean that we have to consider this time of the year "hurricane season" in the big town? I am thinking, maybe so. I am thankful to be alive, for real.
Chase
Email Post
Labels: circumstances fall Hurricane Sandy NYC hurricane soul gifts storms weather conditions what's important