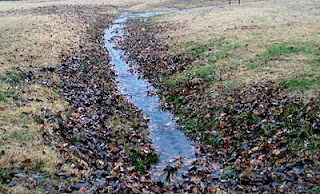 I am just humbled and very grateful that I am able to be there for certain people in my life at this point. I think of some of the most beautiful places that I have been to on this earth thus far and I cannot forget the times when things around me just flowed. I say this to make a specific point about being open to receive things from other human beings if and when they need you to be there for them. This obviously encompasses so many situations in this life, so I will be very specific and describe what it is I speak of today.

I have said in some past postings that I have been speaking with many people this year about the people in their lives unexpectedly passing away. I have been processing this from a perspective of what I will do when this happens with me, not if , but when. So as I look at my life thus far and the amazing rock of a foundation that I have always had, I have come to the conclusion that when one of those rocks moves on to the other side, it will be business as usual. The lessons that were provided and the good times that were had will never leave and they should actually be kept in focus and used to create an even more abundant and fruitful life for myself as well as for the lives that I create. I plan to pass on many lessons to my unborn children.

I have a dear friend who has just lost her father over the weekend. She is a warm and passionate woman who hails from the south. Everything about her is majorly southern. We have been friends for years and she has always exhibited the hospitality of a Four Seasons Hotel concierge on steroids within our geographically challenged incredible friendship. I had received a call from her about a week ago that began with the sound of tears running down her face and a voice filled with an uncomfortable amount of pain. I listened attentively and provided her with the open ear that she so very badly needed. She explained that her father was the only man in her life that loved her unconditionally and that she was afraid of being alone. I of course answered back, "You are not alone, you will always have plenty of love around you no matter what".

Last evening I received another call from her and she was once again weeping from the pain as the service was set to happen today. I explained to her that she should do what she needs to get through this in a fashion that serves her soul. If she needs to cry, then she should. If she needs time alone, then she should take it. Her parents were married for over 62 years and they began in middle school. This was a true love story that was worthy of praise on any day of the week. She explained how she bathed him the day before yesterday and how this simple act was the most incredible experience that she had encountered with her father in quite some time. She was struggling with the fact that she would not be able to call her father daily as she had done for almost her entire life. How would she make it? How will she cope? What will she do to move forward? These were her questions.

Its so intense how just being the channel for this situation not only gives you pause as it relates to the given situation, but also how it makes it abundantly clear that when you are chosen as the channel for another human being, opening up wide and allowing it to happen is absolutely necessary. When someone is experiencing a loss, there are no manuals written on how to actually be or on how to perfectly handle it. The situation arises and you react or act accordingly.  Acting as of I knew her pain was not my intention. All of the phone calls were lessons in being an open channel. I offered some suggestions, yet I did not say anything that was not obvious. Every thing that I said just needed to be heard or placed in the mix as a reminder so that she may be a bit calmer in the day to come.

I thought about how I could maybe be more of an open channel in my every day life as well. I have noticed in the past few years more than ever, that people are actually challenged more when you actually listen to them. I say this because it is said that most people are not listening as much as you think they are, they are just waiting for their turn to talk. So when you leave the channel open, for example on the phone, you will most often be met with, "Hello? Are you there?". To which you can say,"Of course I am, I was just listening to you".

Being the open channel today was something that I feel was needed in a strange and offbeat way. Its not that I do not listen when I am being spoke to, its that maybe I need to do it even more. Its impossible to receive without learning a lesson at the same time. You can try to do it, however, you will always come away with something. My friend thanked me multiple times during the calls collectively. I told her that is was a pleasure and that I was always here for her.What an emotional morning this has been. As usual, the small and seemingly mundane becomes augmented beyond belief. The magic appeared very early today.....