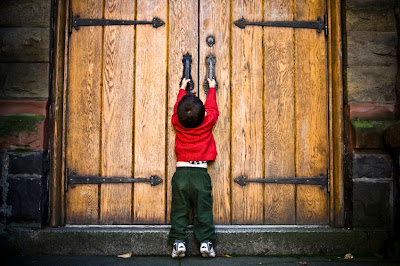 I can bet that each one of us has something that has not been brought to closure with someone in our lives. That thing follows you around in the back outermost parts of your mind and the faintest connection to it brings you right back to it again. Some of us have the opportunity to go and seek the closure and some of us do not have closure with a person who is no longer here with us. Either way, we want to make good, or better yet, we wonder what making good would feel like with that individual whomever they may be.

About 5 years ago, I had a difference of opinion with a very important person in my life. She entered my life in a very unique way. I was performing at an outdoor expo in Texas and her mother was there. I had no idea that she was watching me, however, she was. I was maybe 18 years young then. This woman made her way over to me and asked me some questions about myself and then proceeded to tell me about her daughter who was also a performer. I took this as a compliment right away. I mean when was the last time someone came up to you to actually tell you about their son or daughter with the hopes of connecting the two of you. She saw something in me that she felt would be a good fit for her daughter. This was not necessarily for dating purposes, this was something spiritual.

I did eventually meet her daughter by showing up somewhere that she was performing and I introduced myself. Our friendship began there and spanned over 20 years from that point. This of course is the abbreviated story. She was in a relationship when we met, so our friendship stayed strong and existed without an incident. As we travelled all over the world performing on opposite ends of the spectrum consistently, we always stayed in contact. Then at one point, we found ourselves in the same city. This was such a wonderful gift to us both. At this time I was involves with someone and she was not. We got to know each other better than we had before at this point. Prior to this time, we had collectively spent maybe 10 hours total with each other over all of those years.

We are both strong characters with very strong viewpoints on how we see this life and those who are the players in it. For the first time ever, we could actually dissect what was in our souls. This was a blessing and a curse at times based on our prior experiences and trials. Either way, we developed quite a strong respect for each other in a very short time and moved forward. A conflict arrived, and from that point both of our egos stood tall and took equally unyielding stances. There were a few conversations, a few more, and then an ultimatum letter that showed up on my doorstep one day. I read the letter at least 3 times and then resolved not to contact her back with a rebuttal or any chance for an amicable solution to be found. My decision never wavered and 5 years passed.

Recently, I had been thinking about her birthday, which was at the beginning of this month. She is still a very well known triple threat entertainer, so I have been following her career this entire time. I have always sent her good vibes, yet I had never gone out to seek closure. It had been weighing heavy on me that I need to come clean with this and clear the air. The mind does augment and bring into fruition what you think of most, I am certain of this. I must have reached my limit from the universe's perspective.

The day before yesterday, while walking down a very crowded NYC street, I came face to face with my friend of 20+ years. I saw her first and I cannot express the release that I felt after just seeing her. As she got closer, it was as if the entire street cleared so that we could run into each other. We stopped about 2 feet from each other and both smiled and rendered a mutual hug. She began to ask my life and I about hers. She spoke of her son who was now 11 and her new fiancé whom she is very happy with as well. She is also one of the leads in a very successful Tony Award winning Broadway show. I am so happy for her and I let her know that. The conversation was all smiles and warmth and we truly both felt blessed to connect again.

As our meeting came to a close, I offered my forgiveness for all that had been said and done 5 years ago and asked for it in return. She was more than gracious to return it and we embraced again. This exchange made it even clearer to me that the ego and being right can truly rob us from some incredible people in our lives as we carry around a bag of broken glass in our front pocket. It was maybe one of the most liberating exchanges that I have ever had with another human being in my entire life. I am happy for her and where her life has gone. We are both where we wanted to be profession wise and we are still reaching higher.

I now have more space in my head to love and to be aware that I had control over this the entire time. This is not a revelation, but it is a reminder lesson. I hope that this story has helped you to navigate better through your lives. Interestingly enough, as I typed this message, I was receiving texts from a person that wanted me to get on board the "ego" train with them and buy the t-shirt as well!!! Isn't it amazing how the universe keeps on challenging you?!!!! Its always when you feel that you are safe that it throws you in the direct line of the flying daggers. That is when you just duck and lay on the ground until they cease or choose to rise above them by jumping into the nearest tree. Daggers only fly low. But you knew that didn't you? Sending you magnificence........