Well NYC is just a thick coil of energy and I would be surprised to meet anyone who feels differently about that. One of the centers in the city that always delivers is Union Square. As I walked through yesterday on my way to the train I was smacked by the energy of two different people and they both brought the magic in record time. I had to stop and connect with each one of them separately. I acted from my soul because it called me to do so. It felt so great and I did not feel the time go by during these two interactions. 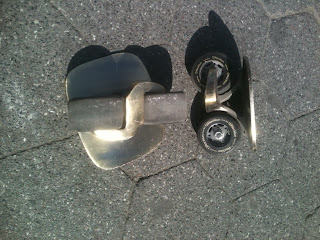 The first person that I connected with was a young man named Aaron.  He was rolling around on these roller blade like wheels. I found out shortly after that they are called Free Line Skates .The fascinating part was that there were two wheels under each foot, however, they were separately working on their own. I have included a picture above so that you can understand what I am saying. These skates have flat surfaces on the top and that is where you place your feet. There are no straps or indentations to put your feet. It all about placement and balance. He demonstrated it and people stopped over and over to watch it because it went against the grain in a sense as it relates to what was normal or even possible to some people. This was my feeling, I should say. Check this video out below...

Now the second energy I was drawn to like a giant magnet. She was just sitting there smiling and I had to speak to her, so I did. I sat down next to her and introduced myself. She was very polite and I complimented her on her locks. She smiled and thanked me graciously. I then told her that she was emanating some incredible energy that I had to get closer to or find out what it was. I was content with having achieved either of those. I decided to video her response after asking her permission.

By the way, on another note, she told me that her name was Uversa Oumbajuah. She explained that it meant "I am that I am".This is how is went down. My apologies about it cutting out at the end. I just realized today that I need to purchase a small video camera to capture magic in a very clear and professional way. As the magic upgrades, so must the phone. This will have to happen shortly. Here is the video...

I believe my time here has left you with some things to ponder and it makes me smile. Thank you for being here and sharing these moments with me.