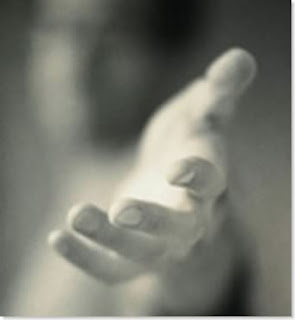 I have been around the world in my own way. I can say that I have visited at least 40 countries or more. The thing that leaves the biggest impression in my mind is always how I was treated while I was there. I can remember each great restaurant, each person that went beyond the norm to make my experience great, and each place that just made my soul calm in an unexplainable way. These memories will never ever go away...

The great thing is that I have some great memories of being served or treated way above the level right here in my own country as well. I have to make mention of the south because they know how to do it in such an effortless way that it gives me pause each and every time. Case in point. I traveled to Oklahoma City recently for business. This city is full of all that you would probably imagine it to be. There's lots of meat and cowboy boots and hotels, and cowboy hats and so on and so forth. Those are not the things that I am focusing on for the purpose of this posting though at all.

I joined a large group of people at a well known restaurant in the middle of the day. I eat very specifically, so there was under 2% that I could eat on the menu. I had a salad and a juice. The waiter was very happy and smiled each and every time that he approached the table. When any water glass was not full, and there were about 10, somehow it was back to full in the next few moments. I needed to get money from the ATM, so I asked if there might be one in the general vicinity. I was led out the door and instructed where to go right away, also with a smile the size of Texas from a different person. Lastly, when I was in the doorway going out and coming back in, I held the door for two different sets of 5 people. As sure as I am writing this, each one of those people from each group looked me in the eye and said , "thank you," as if I was the last person to have done a favor for them on earth.

The following day, I was in need of a charge for my phone and I was not with my things. So I looked around to see if any of my friends could help me, however, they could not. Then I decided to ask a hotel front desk person if maybe they had an extra one that was left behind. They did not have one either. However, the young man that was speaking with me told me that he had an extra one in his personal bag in the back and that he would lend it to me if I would promise to bring it back promptly when I was done. That was a true act of kindness in my book. He did not know me at all and he offered it to me with a big bright smile. He saved me and I really appreciated it.

There was a buffet nearby that had everything that I did not eat ready to go. I was hungry, so I decided to look closer just in case. There happened to me some steamed veggies there, so I thought it would be good to at least have that. I asked the man in charge how much the buffet was, and he told me that it was $15.99. I knew that I would not pay that for a buffet that I was only eating 10% of, so I asked if maybe I could just be charged for a plate for veggies and he agreed with no problem. The waitress brought me a water and let me know that she was there for me if I needed her. I finished the veggies and got some more. I gestured to the original man for the check and he came over to me. I then asked him what did I owe him and he told me that it was on him. I was amazed. I left a 5 for the waitress...

Today I was at the airport ready to leave and there was a glitch with my ticket, so I did not leave. However, as I waited by the curb for my ride to come and get me, a young lady was being dropped off to the same terminal. She exchanged a warm embrace with her friend or relative and then she walked away. The car stayed there about 8 feet from me for about 10 minutes. Then she rolled forward a little bit and rolled the windows down. She said hello and I answered back in kind. Can you guess what her question to me was? This woman wanted to know if I needed a ride anywhere! I did not know her at all! What was it that made her just offer a complete stranger a ride with nothing but authentic concern? I thanked her immensely, I was moved for sure. She smiled and rolled away, but not completely. When my ride came, then she finally went ahead.

In my heart of hearts, I believe that these things are happening to me because I expect them to and that I am prepared to help anyone in anyway most any time as well. I just had to share those magical moments with you all because each small gesture truly made a world of difference. What did it take for each one of those situations to be what they were? All it took was a kind person who thought outside of their own perimeters so that I could be a little more comfortable or at ease. I am grateful for these things. The south continues to bless me this way every time I am in this part of the country...I love it..