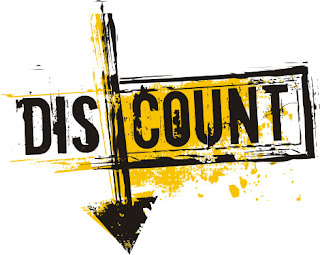 I wrote a post not too long ago that dealt with our worth. I believe that we are all worth something for what we do or specialize in and I believe that we should ask for it. However, to claim your worth, you have to be accountable for what is delivered from that point forward and that is where the rub comes in...

Last evening I had a conversation with one of the most talented musicians that I have ever known in my life. He oozes music when he plays and sings and he truly makes a mark when we perform together. We had a discussion on getting paid as a musician and what that can entail in certain situations as it relates to price. I told him that I had a specific rate to dispense my talents that I stick to as much as possible. He told me that he needs to work so if different gigs came frequently for a basic price that he takes them. I explained to him that I have certainly taken gigs for less here and there, however, that I truly felt that he should have a specific rate. His reply was, " yes , but you have to remain competitive."

I will list a few car makers here just to create a little example:
I listed these high end cars to make a specific point. These makers are finely crafted driving machines. They do not have to be competitive with their prices.The names alone conjure up certain vibrations inside even though you are not in the car. They are not cheap at all and they are not going to be cheap any time in the near future. So why does a person purchase an automobile of such high quality? There are many reasons from person to person, but the truly obvious one will always be quality. The level of precision and the overall detail that is put into these machines is unparalleled. Maybe less than 10% of people in the world can afford these, however, they are all still in business. The main function of a car is to get you from point A to point B, but you can always choose to do that in style..

Here is a list of a few more cars:
These cars are all great cars for many reasons. The difference is that they have to be competitive because there are so many options that are very close to them. When you hear these names you also get a certain feeling about them. Why would people want these types of vehicles? So many reasons come to mind. The main one that pops up for me is, dependability. A car that drives with little hassle, money, or overall upkeep. There is nothing wrong with this at all. These are cars that probably over 50% of people can afford in the world. Now don't get me wrong, the high end cars can be competitive if they wanted to, but they don't have to be. Even if they wanted to, they would only be competing with a small group in their own category.

Back to my original point. The driving force of this posting is to state that it is so not common for musicians or human beings in general to claim their worth. This is a very competitive business, however, each and every individual has something special to offer. Elton John has played Madison Square Garden over 60 times I believe. It was a sell out almost every time! Not one artist has played the Garden as much as him in the entire world!! There is a plaque celebrating him as you walk in. I read that he makes close to 2 million dollars for one show! Can you sell out MSG for one night? If so, then you would probably command a very large salary like him. Elton does not need to be competitive, he is the competition. Promoters are not trying to nickel and dime him, they know that he will pull the big numbers. His fee is met no matter what.

In closing, I am zeroing in on a very specific point. You can either concentrate on fitting in with the cattle that are running across the plain together or you can soar with the eagles who are only together when they choose to be. The latter takes more effort and has to be well thought out. By the way, there is nothing wrong with running with the cattle, its just that there are limited choices or self induced decisions on that level. So what happens if you are called for any sort of paying job or gig and you are offered less than you want? Simply put, you choose each and every time. However, after an impression has been made between you and those who call you, the choice will no longer be yours.

If you don't stand for something, you will fall for anything. There will be diverse situations that present themselves for the rest of our lives. It's up to us how we set our own sails so that when the wind blows, we will always be going in the direction of our choice. If you are competing with everyone, then you are not competitive at all. As Seth Godin says, " become the purple cow."  Onward..........