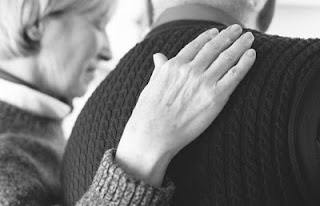 Well here it is and it is sort of a rant with magic particles mixed inside. I have performed at many high end venues all over the city for years now. If there is one thing I know so much about, its how people are treated in different situations. It goes without saying that in certain very upscale venues, the clientele is way above the norm in terms of what they have paid to be at that particular venue and I understand that. The piece of information that you may not know though, is that behind the curtain, things look extremely different.

Last evening I performed at a wonderful event that just happened to be a wedding. I pride myself in getting ready to perform at the venue so that I step on to the stage wrinkle free and comfortable. The other option would be to wear my suit in the car and get it crushed or creased by the seat belt and so on. Usually, I get ready in the bathroom that the guests use. These bathrooms are kept so pristine and bright that it is incredible. I have been to some bathrooms in some five star places that would make you want to stay in the bathroom for a full hour just to relax!! It is always fascinating to see what is possible when the person in charge makes a conscious decision to put anything into action.

Unfortunately, last evening was not one of those nights. I did not want to walk through the main cocktail hour in my street clothes, so I asked a server if there was a back way to the grand ballroom. She was a nice woman and she guided me to the area. Then once I had arrived, I found out that the main bathroom was actually in that other room. So I decided to seek out the employee restroom instead. I think that you can feel where this is going. This bathroom looked like a crime scene from an episode of Law And Order! The toilet paper dispenser was broken and hanging off of the wall. The mirror was very dirty and full of some foreign smut. The actual water inside the toilet was not the color that it should have been, and the odor in this little room was repulsive! The bathroom is probably our most personal and frequented destination in our lives. Shouldn't it be held to a certain level of cleanliness?

As a fellow musician friend of mine came back into the same area to get something from his bag, I commented to him on this atrocious scene. His comment to me was quite jarring. He said, "What do you expect? They paid for the use of that bathroom and this one is free just for you showing up". I thought about it for a second and some emotions started to flow because I had seen this for my entire life and it has always bothered me deep down inside. In my opinion, some things should be of the same quality no matter how much money you have. I have no doubt that money navigates the treatment of human beings in many situations, however, I also believe that it is always a choice. There is no place in the constitution or anywhere else that justifies why a bathroom in the back of the house is completely different than the one in the front of the house.

I actually began to piece it all together and think to myself that it is actually more important to have clean bathrooms in the back of the house or equal because that is where everything is being prepared! If this bathroom was seen by a guest, the party would have been over and done with in about 10 seconds. Even the way that the actual venues treat musicians is as though we are just unimportant most times. We were fed old and cold food at a certain part of the night, which I did not eat. So is it all about the front of the house in business or in our personal lives? If you look stunning or handsome each and every day no matter what, yet inside you are dying of cancer or suffering from a broken heart or just plain stuck, does it matter? My answer is, yes it does. The outside facade will only get you but so far.

When people are surprised that they are being treated well, there is a problem. When people are so afraid to ask for something ordinary because they believe that it will be seen as asking for too much, there is a problem. The guest always comes first as they say, however, aren't we all guests here on earth in one way or another? I believe that if you act respectable, you are treated respectable. However, we all know that this concept could not ever be 100 percent sound. We come from different backgrounds, teachings and experiences. I posted these thoughts for one reason and that is to urge everyone that reads this to treat everyone as if they matter before you know how much they have in their pocket or how much they can give to you. There are so may human beings out there just waiting to be treated with dignity and grace.

So what should it take for someone to receive this great treatment? I believe that it should be afforded to them just for being human. Our struggles are different yes, but they are somehow all connected to each other. Therefore, we can all be the change or the person or the emotion that we desire to receive in return. I will continue going to the cleanest bathroom that I see and to take full advantage of the many facilities that I am blessed to be connected to. The question is, are you treating people how they deserve to be treated as human beings or how you think they should be treated by the look of the front of their proverbial house?