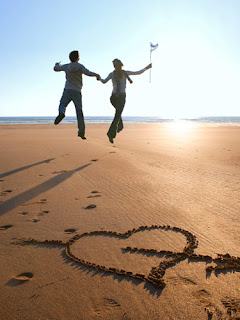 I love to write about those who have overcome the resistance and carried on. You know who I am speaking of don't you? Those people that no matter what gets throw in their path, they can keep rolling like a hamster wheel!! This posting is about a woman that I have so much respect for in so many ways. Here is her story.

She was married to a very dominant man for many years and she took a beating from him in many ways through her soul. One of her sons got into some trouble with the law and that changed everything in her life. Her son became wanted by the law and he fled. She tried to provide for her other 2 children while the father was away in another country working and sending money home at one time, however, it got progressively worse and then became unbearable. Something, somehow, had to change. She did all that she could with her resources and eventually had to move to a smaller place. Unfortunately, that was not enough and her children were taken from her. She was harshly ridiculed by her children and was left to deal with her life all alone after the father won full custody of them.

During all of this, she was focused on making a life for herself that she would be proud of, so she looked for companionship on line on the popular site call match.com. Although she went on many dates before finding a few people that she felt that spark from, she eventually found a man who made her so happy and vibrant on the first date. She has been with him for a little while now and she is truly happy for the first time in a very long time. As I spoke with her this morning, I could actually feel the smile on her face from thousands of miles away. A smile can almost always be felt over the phone. It's one of my favorite things to feel in this life.

As she described him, I was so happy to hear the qualities that she concentrated on. They were as follows:
The point of my writing this post, is that this woman has gone through 20 times more than I have written about here. She has lost all of her money, been almost homeless, destroyed her credit, had letters written to her by her own children telling her that they hate her, as well as lost countless friends in the process. She has been dragged through a psychological crash course that could have easily pushed her over the edge. However, today during our phone call, she was so strong and full of life that it gave me pause. She told me that for the first time in a very long time she was happy and that she will continue to claim her own happiness despite all that has transpired. Human beings are truly boundless...

I prefer to keep this person anonymous out of respect for her, however, I give all of the praise and credit that she deserves and I support her in every way. I was inspired by our call early this morning.  Enjoy the balance of your day where ever you are in the world. Thank you for connecting with me...

Anonymous said…
Courage to live, courage to forgive, courage to want to change and accept adversity and the what if cause the past is in the past and life is now !!!! Thank you I love having you in my life too!!!
February 16, 2012 at 9:55 AM