The Danger Of Kindness / Giving Up Your Seat 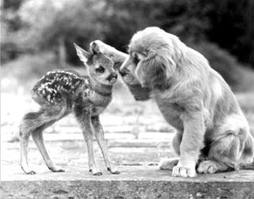 We are all here to accomplish something or other. Day to day, we are constantly confronted with others in a myriad of ways. The question is how kind are we during most of our interactions? This is a question that I ask of myself all of the time. I know for a fact that better outcomes arise from the kind treatment of others. The unfortunate thing is, everyone did not get the memo. Some people are not even close to treating others kindly and they know it! So where does the danger come in you may ask? From my perspective, it comes when we cannot accept that it won't always be reciprocated even when we go in with a kind heart. I have been there, trust me.

There are people that I know personally that will tell me that they are done with being nice because it does not pay off, so why bother? They say that they have given all of the niceness that they can possibly give and that they cannot waste their energy anymore. That is where the danger begins. These people never seem to return to their comfort zone. I actually saw something on the train tonight that seemed to be right in keeping with this vibe. From time to time I will tell a story like this just for contrast, but I never want it to be a negative in the end.

So I was standing there and a woman was sitting next to a young man. Let's call her 46 and him 34. This is what I felt they were from my perspective, There were 3 seats in a row and they were occupying 2 of them. There was a space on the left side of the young man because someone had just gotten off of the train. So the woman "politely" asked him if he could move over a little to his left so that she could have more room. He did not move because he felt that he should leave the space open for someone who wanted to sit down. The woman changed instantly from kind to rude in a millisecond. She asked again, but he still did not move. He just gestured to his left and kept reading his book. She called him three different words that definitely should not be written here and then she looked back down at her book that she was reading. Five seconds later, someone came to sit down and the space was gone.

So as I see it, he could have moved over just a little bit and accommodated her and she would have appreciated it. However, she could have also moved to a different place where she was more comfortable as well. I have no need to pick sides in this situation, however, I did notice that she was kind to him to begin with and he really did not receive her that way. I then immediately asked myself what I would have done? In the end, two people left a bit disturbed and uneasy, or so it seemed. When he did not reciprocate her kindness, she matched up with his energy. This can be very dangerous when repeated under certain circumstances. It's amazing what you can learn just observing people on the train.

One of my favorite sports on the train is watching people give up their seats for another person. I do not know when I started paying so much attention to this, but I love it. I mean think about it, your brain has to look at the person coming on the train and in about 3 seconds decide that they are more in need of the seat you are in than you are. That means you have to become completely unselfish and provide for another willingly. The beauty of this is that it isn't even limited by race. I have seen black people get up for white people and young for older, and even older people for pregnant women. This is one of the most consistent displays of kindness that I see here in NY. It sends such a ripple affect around the train even though it seems to be just between the main subjects. I have actually seen other people smile and even try to give up their seat at the same time. It's so magical when we put others needs before ours. I say sometimes because we should not neglect ourselves either.

This may be the longest posting that I have ever written here!!  Please excuse the tangent!!!! Create the best day ever for yourself!!!      Chase
Email Post
Labels: acceptance being accommodating being kind coexisting giving up your seat Kindness politeness reciprocating kindness unselfishness