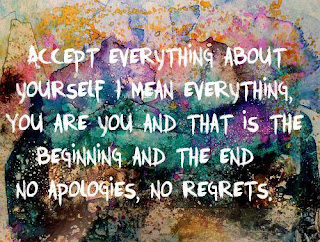 Some days I have so much going on in my head that all I can do is just sit and let it settle like the bubbles in a hot tub when the timer runs out. Since my last entry I have been setting myself up for victory in more ways than one and I am very deliberate about it. After all, whatever disc we put into our player will keep playing until we get tired of the same old songs and change the selection. I have seen so many magic things in the past week or so, that it makes me want to give a recap of them in a more condensed form than usual. These little moments keep me buoyant and on an internal/external high just about daily.

On the platform waiting for the train, I saw a young girl of maybe 18, give a homeless man a $20 bill. He looked at her as she walked away and smiled, kissed the bill, and closed his eyes as he placed his hands in prayer position and looked down. I then caught a glimpse of her. She did not look back, however, her smile was just as big. That was a great moment. I was the third party viewer and it was just perfect.
I had a meeting with two women that I have never met before. The meeting took place in the restaurant that one of the women managed, the other one was from the sister company that she managed. We talked, laughed and made a deal to place an ad in a very cool new indie mag that will put hundreds of new eyes on them. I was there representing a good friend of mine. They were more than cordial. I wanted to try their food, so I ordered something to eat and it was delicious!! They had both left before I had finished my meal. I was there about 30 minutes more. When I asked the bartender what was the damage, she told me that the manager had taken care of my bill. I thanked her and left her $10 dollars. Who says there is no such thing as a free lunch? The $10 was for the waitress.

I make books by hand and I sell them occasionally as well. I have been looking for a nice brown colored paper to use for my books and I did not know exactly where I would find them. I knew that if I just relaxed and stayed focused on it that it would reveal itself in the near future somehow. Yesterday, as I was driving past a restaurant, there were two reams of the strongest paper that I have seen in a very long time. Each roll had enough papers for at least 10 books. I took them both and inquired to some guys near by as to where they had come from? They said that they were used to lay bread on before it was shipped or something along those lines. They throw out the rest because they do not use it. I was beside myself. I now have at least 5 to 7 months of paper. Are thoughts powerful? I would say so, wouldn't you?

I got a call from a woman that I had not been in contact with for at least 15 years. She told me a story that blew my mind. Unfortunately, the story cannot be told here on this blog, however, it explained the gap in our communication and it floored me. The magic thing was that we spoke as if I had seen her yesterday. She wanted to thank me for always sending her good energy and well wishes. I thought to myself, how did she know that I was sending her good energy? Then I caught myself, of course she knew, we are all connected and that reminded me of this fact in an enormous fashion. Powerful...