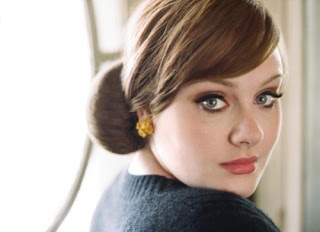 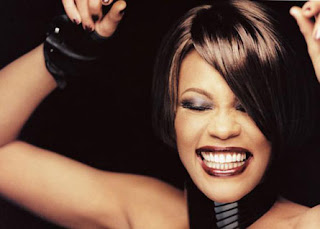 Firstly, in my humble opinion, there is nothing like the power of music. In all of my years on this beautiful planet, nothing touches me so deep and so completely. You see no one person on earth can escape music on any day of the week. The sensations and the vibrations that it offers to us free of charge, also have the ability to grab us from the inside without our permission. We have all been somewhere at one time when a song played and it stopped us cold and we could not move an inch. Songs are connected to emotions and emotions are connected to our souls. I believe that all of life's answers are connected to music and we only need to listen carefully to truly grasp it and then use it to heal ourselves or to become clearer about a given situation.

I titled this post with the names that you see above because I find them to be extremely powerful and passionate about what they do in a very similar way. Whitney's career was one that would be hard to copy even if you had stadium loads of talent. Her voice was a true original and it transcended the status quo many times over. She sold so many cds, over 170 million to date, that it would be hard to believe that there is anyone in any part of the world that does not recognize her or her voice within the first two seconds of play. I still get a little tingle inside when I hear her because of the depth of her delivery. I will miss her dearly, however, her music will ring out loud indefinitely. What a songbird...

I first heard about Adele a couple of years ago haphazardly. I was with friends and one of her songs started playing and right away I had to know who it was. Because I am a vocalist, any voice that I hear is very important for me to pay attention to in the music business and beyond. I felt the warmth, the pain, the spirit, and the realness in her voice in the first sentence that came out of her mouth and that was all I needed to hear going forward. She explained how these cds were truly just therapy for her to write. She never thought that anyone would be moved by them because they were just sad songs that weren't exciting in any way. I was moved by this comment because I knew that she was coming from a real place and that made me so happy. What lies ahead for Adele is just going to be spectacular, I am sure of it.

As I watch all of the tributes and looks back on Whitney, I saw such a bond with this women who gave us her heart and soul for over 2 decades. It literally seemed as though the whole world was kneeling down to hold her hand and to tell her that we all are right there beside her. There is so much magic in music that it cannot be completely seen all at once. It's like taking a picture of the Grand Canyon with a point and shoot camera in one shot. We all listened to her songs and enjoyed them, yet it was so incredible to listen to her show up again and again even more powerful than the last time. I saw her live in Central Park a couple of years ago, when she had just come back from her hiatus. Even then, when she was not at her best, the crowd showed her love and respect and they accepted her just the same. When the right voice shares their talents, listening is effortless.

There is magic in each one of these women. One has graced us with a strong body of music laced with wisdom, spirituality, and resilience, and the other has just opened up the floodgates of a seemingly bottomless trough of truth, emotions, and most of all strength. It seems as though humans bond together more when it is because of what hurts them than they do for the things that make them unbearably elated for the most part. But then again, many of them are coming together because they are completely elated that finally someone has come forth that shares their exact hurt and they don't have to assume anymore that they are alone in their struggle. Adele has proven once again that speaking, singing, or acting out your truth has the ability to elevate you as well as those around you to new heights. It does not have to be squeaky clean and flawless, it just has to be authentic.

I am continually inspired by both of these amazing women.