This Always Happens To Me 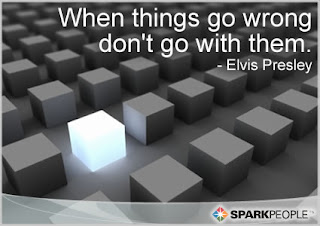 This is a phrase that I hear all too often and I heard it again yesterday and it affected me from the inside out. Truth be told, I used to say this to myself in a slightly negative way until I realized that there was more power in it than I had bargained for in the end. A couple of days ago something happened to me that was beautiful and I realized after it happened that I tell people that this particular thing always happens to me. What is it you ask? I always run into people that I admire, like from the entertainment industry, or think about too much.

I was on the upper east side waiting for a good friend of mine. We had a dinner outing planned. Because I am so intent on being timely, I was very early, so I decided to wander and just fill up the time in a calm fashion. I browsed windows and people watched for about 45 minutes. Shortly after, I got an urge to enter the book store and look at some newly released books. As I entered the location, I immediately saw a face that I recognized and I was shocked! There she was! A woman who shares some mutual friends with me in the industry that I think very highly of in so many ways. Her and I had been at the same event one night many years ago, but we had never officially met. She was with her mother and son.

The magic in this meeting was just wonderful. I had just recently reached out to her through email and complimented her on her amazing aura and her awesome presence. At the moment we started speaking, I knew that I had done it again. I sent out a specific energy and the universe heard it and acquiesced. This always happens to me. I can say this now almost daily because the way that I say it actually serves me.

You can call this "suggestive" magic advice. Telling yourself that specific things always happen to you in a negative fashion will continue to open the floodgates to all that will not serve you.

"I always run into negative men or women."
"I always fail at new projects."
"I always seem to fall short of my goals."
"I am always broke."  (a huge one that I hear up close or in passing daily.)
"I am always behind in my day."


These statements are all chasms in your belief system. The universe listens before it creates, not the reverse. So ask yourself today, what new path will I take that will cause me to say, "I knew that this would happen!!", in a colossal and empowering way? Pour more clean water into your murky dark colored glass immediately. When this happens, everyone will want to drink from your cup of bliss and strength in every way.....


If you do not believe what was written in this posting, you have my permission to borrow as much of my belief as you need to get you through.

Email Post
Labels: Believe that it will be feeling less than projecting bad outcomes repeating your negative thoughts seeing the outcome negatively sending energy out this always happens to me