Another Year Has Past 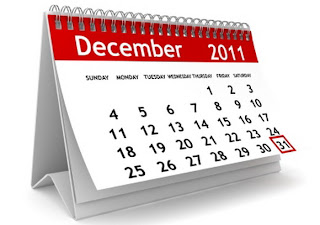 As a child, I specifically remember my father saying that the time will go faster as I mature and I thought that was such a backwards statement at the time. He was right on point in every sense. This has been the absolute, hands down, fastest year of my life. So much happened, and even more importantly, I have learned so much more about myself this year that it is truly earth shattering. I also feel that I am on the field more now than ever. In the past I would talk about certain things and just not follow through on them. Now, following through is more important to me than it has ever been.

Most people take this day and think of what they want to accomplish in the coming year. There is nothing bad about this, however, we also need to take time to celebrate what we have already done in the year that has past. We are not the people that we were when we started the year off, we have grown. Undoubtedly, there are people that you used to speak to that are no longer in your life. There are also people who have just arrived as well. They are here for a reason, a season, or a lesson. I have allowed some new people into my life this year. I am grateful for all of them because each one of them is so unique and they have proven to expose parts of myself that may have been dormant for way too long.

There was study done quite a while ago that asked people what they wanted to accomplish in the coming year. Then they narrowed it down and asked them how much money they wanted to make in the next year? The unfortunate thing is that the majority of the people answered that question in the safest way possible. They said that they wanted to make enough to pay the bills, or enough to be happy, or just enough to get by. I believe the largest amount wished for was 60 thousand dollars. Now of course this will differ based on who is asked, but think about it, do you see yourself doing bigger things or do you see yourself riding the status quo wave until it reaches the shore?

I have a friend who recently started taking classes to learn more about a passion of hers. I am still so proud of her as well as inspired even more to do the things that I want to do. It was scary for her to start because she had to start at the bottom and she had no tools of that particular trade to begin with at all. However, she arranged to purchase them and I drove to the home of the owner with her that was selling it. The point here is that she put it in motion and that is always the hardest part no matter what. She is a powerful woman and I support her in whatever way that I can.

As the year starts, many people take on new skills, take new classes, discontinue certain habits, and even become happier! However, statistically speaking, they are right back to square one within the first two months or sooner! So if you are refreshed for two months and then stuck for the next ten, how can you ever get ahead? I was told once to create goals that fall into 3 categories, certain, probable, and fantasy. So let's say you wanted to save more money this year. You know that you can save 2 dollars per day, you probably could save 4 dollars a day, and you wish that you could save 10 dollars a day. No matter what, you will achieve one of those goals because you made them achievable before you started. This is different than just creating an unrealistic goal and beating yourself up afterward when you do not hit it. This tactic has saved me so much strife over time.

This blog was created a little over a year ago and it has taught me so much about what truly affects people as well as how people react when they see something of themselves in between these words. I am also proud of the book, which you can purchase at this magic link, that was put together and is also reaching so many people. There is not one person who has all of the answers, so I send my words out just to see if maybe something that I write can possibly cause a ripple in another soul. In the new year I will diversify a little bit. I will take more picture to upload, create and adjoining podcast, and even put up some ebooks that I hope will inspire all of you. I also plan to start some video blogs so that everyone can see who they are connecting with for a change. If you have any suggestions, please contact me at afiresign@mac.com or leave a comment on the bottom of this post.

In closing, I want to give a shout out to any and everyone who has visited this blog even one time. I have watched my reader statistics go from 5 in a week to almost 400 plus per month now which spans over 10 different countries around the world! That is truly fascinating considering how this started from nothing but an idea and some words on a page. You all showed up and made a difference to me, so I will continue pushing out as much magic as I possibly can. I will leave you with this thought to ponder on for a few minutes. When you make a resolution, do you expect it to come true or are you just creating it because everyone else is? Also, when it starts to fizzle out, do you just move on and act like it doesn't matter or do you keep fighting for it?

There was once a story of a small town that had been experiencing a terrible drought for a few weeks and they were nervous that if it continued, they would have no crops to making a living on. So they all gathered in a small church in their town and they were going to pray for rain all together to see if they could cause the rain on their own. There were tons of people inside and the church was almost filled to capacity. Suddenly as they got quiet and were about to begin, a young female child came in the door. Everyone looked in her direction and much to everyone's surprise, she was the only person in the entire church who had an umbrella in her hands.

Navigate the coming year to your liking. Get a pen and paper and write down all that you want to accomplish in 2012. Please also check out this link: Annual Review:The Art Of Non Conformity  . Thank you Chris for always keeping my mind on a high. If you really want to rock the boat, write it as if it was November 1, 2012 and you were recounting all of the magical things that have happened to you in 2012.  Treat it like you do when you go to a restaurant. The waiter asks what you want, writes what you want down, and then brings it to you. Except this time imagine that you are the guest and the waiter talking to the universe. Our restaurant is now open for business! What will be on the menu? I support you all in every way. Have a great new year!!!!