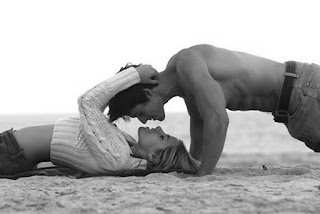 As this holiday weekend dwindles down to its end, I am filled with so much gratefulness because of those that I came into contact with on a personal level. I reconnected with someone who is truly living a strong and high vibrational life, in my opinion. I worked in the same place as this young man about 10 years ago. Actually let's be real, we played, we did not work. The life of the performers on this massive cruise liner was nothing short of a blessing as well as an extended vacation in my perspective. During that time, we created a bond that I knew would stand the test of time.

Cut to 2011. He and I are now living in the same city and we are still doing what we love the most, sharing our talent with the world many times a month. Over this past week, we have seen each other two times. That is more than we have seen each other over the last three years, being as we live so close. He is quite the handsome young man and has always had women flocking to him no matter where he was. My feeling was that he would have settled down with someone in the industry by now in some way or another. I was wrong on that account. He has settled down and had a child with a woman that is completely out of the business and is from a completely different country as well. You never know who will end up with whom. To assume that you know is terribly futile.

I have given you this introduction just to lay the groundwork for this posting. My dear friend and kindred spirit invited me over to share Thanksgiving with him and his new family. His girlfriend was there as well as her two sisters, her mother, her sister's two children, and of course their little bundle of peaceful joy. Being as she is from Russia and he is from the states, the child is uniquely handsome to say the least. I ate what I could based on my current food intake preferences. The conversation was stimulating, friendly, warm, and most of all so very comfortable. I felt as if I had known everyone there for as long as I had known my good friend. In that 3 hours or so, I realized that I was exactly where I was supposed to be by design.

Without mincing any words, these two are truly in love. I watched them as they moved around their cozy apartment. Sometimes she would come up behind him and hug him and other times he would pass by the kitchen to get something and gift her with a kiss. This woman is strong, attractive, real, and above all dedicated to serving her man. I believe that certain cultures are more dedicated to certain roles as it relates to family and she showed her willingness to serve in a big way. The way they looked at each other was just pure alchemy in every sense of the word. It is said that when two people are expressing love at this level, all of those around them will be affected in some way whether they choose to be or not. I can surely attest to the fact that this is undoubtedly true.

After the first evening of spending time with them, I left feeling extremely happy about what I had just witnessed first hand. I returned home and went straight to a movie with a friend. I went to sleep that night still thinking about these two loving people. Little did I know, I would be back together with them not even three day later. I was invited to dinner where my good friend actually sang as well. The atmosphere was different for me as it was traditional in a Russian sense. Either way, the group that was invited was eclectic and very entertaining to say the least. We were a group of 5 plus my friend. All of us were in the entertainment industry and we all shared what we were working on currently. Actually, we shared all of this at the house before we departed for the restaurant.

During dinner, my friend's girlfriend looked at him on stage as if she could not be any more content at that very moment. She also explained to all of us how this place worked and a little bit about the history of the clubs in the general vicinity that were comparable to it. We all danced a few times on the floor and myself and another young man even sang a song each on the stage. This evening was nothing short of an exceptional vibe mixed with love that wrapped around all of us like a warm scarf in the winter.

As the evening came to a close at around 3:00 am, I looked over at my friend's girlfriend and she was smiling as she looked up at the stage once again. However, this time she was lost in a moment that was so pleasurable to watch. I even made an attempt to snap a picture of it, unfortunately, the light was too low to capture it properly. Then at that very moment, she opened her mouth without looking at anyone and said, "I love that guy so much." It was as if she were alone and speaking to herself even though we were all right there. Her love was on display for all to see at any given moment and it was magic beyond words.

I felt that I had to release these words just out of sheer energy transfer from me to all of you. In my mind, it was like I had gone to an amazing show or a great new restaurant, or on a soothing vacation. Being with them left me lighter and full of happiness. We all have the capacity to share love on this level, it's just so incredible to see it from the outsider perspective the way that I did. I know that you all have been in the presence of a vibe like this at least a few times in your lives. Spread the love!! Its' free!!!!