Do Not Choose To Stop Believing 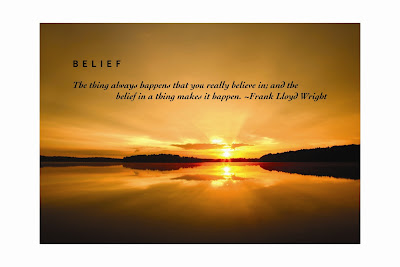 We were deep into a conversation and many fruitful things were discussed. As we transitioned into the topic of karma, her comments were completely different than the ones that had become before them. I remained patient and non judgmental so that she could have the space that she needed to flow freely with her thoughts. I felt like a small golden retriever puppy that just wanted to burst into the dog park, but his owner was just walking right past it and not giving it any attention at all.

She spoke of how she used to believe in karma, but too many things happened and now she no longer believes at all. She went to church, read the bible, helped others and everything. Life had dealt her a series of bad hands and toxic individuals. It was her opinion that the higher power was no longer what she thought it was and that in some ways, she was flying her own plane with very little support. "Why do these things happen if there is a God?" Why do people who have lived good lives just die?" How come some of the most ruthless and cruel people become rich and are in a position to lie, cheat and steal from the good people?" Lastly, "Why does every relationship that I get into end with the guy losing interest in me?'

I truly was there as a sounding board and a student in every way. I had heard this so many times from so many people. I thought to myself that if every person just stopped believing, stopped caring, stopped showing up, stopped going the extra mile, stopped paying it forward, stopped showing that little piece of attention, stopped going outside of themselves to make a difference, then what would life be. In my humble opinion, I do believe that we are connected to each other by an invisible thread. The phrase, "it doesn't matter anyway", is a massive killer for all of humanity. It all matters, it all matters.

So where do you stand? The sum of your past experiences are merely a blueprint so that you can make new choices for the future. Olympians, athletes, singers, dancers, models, and even corporate workers have fallen for their entire careers and are still showing up each and every day to their professions. So how did this woman get to where she is now? The unfortunate reality is that she chose it. I had an almost an identical conversation with a male friend recently who gave me the same report from a relationship perspective. He told me that he did not want to be responsible ever again for giving himself fully to another person just to be dropped cold and dry.

In closing, I need your belief and you need mine. Belief in what you may ask? In short, belief in all that makes us vibrate at a higher frequency. That pat on the back, that call just to say hello, that extra cookie in the bag that you find as you open your lunch, that friend telling you that they support you. When we give up on ourselves, we give up on others as well. How can I sell you clothes that I don't wear? How can I get you to eat a meal if all I talk about is getting fat? We cannot all believe in everything, however, we can all strengthen the things that we do believe in and share them with others in an authentic and powerful way.

Do not choose to stop believing, it clogs the the flow of greatness. You deserve all that is available to you. By the way, you cannot "make" anyone believe in themselves, you can only be the example and hope that it rubs off. I am still a student with all of these concepts and I will not stop believing in them or in myself.