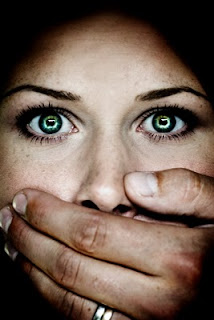 We when speak do we always say what we feel? Is it safe to say that the subject that we are in front of will change that from time to time? Those who say that they are straight shooters each and every time never seem to be around those who know them when the script has to change. This is not a criticism, its a truth.

I consider myself an ever changing human being who is constantly learning what works and what does not based on the particular situation. People are strange units no matter how you look at it. If you disagree with something and aren't asked for your opinion, should you render it? If someone is going down a path that you are absolutely sure will lead to ruin, it is your job to let them know? These are all questions that will land on us all differently.

If each and every one of us decided to tell it like it is each and every time in every situation, the world would turn on a dime. Why, you may ask? The short answer is, most people can't handle truth in large amounts because we are groomed so well to mask it. That girl or that guy that you did not want to go on another date with because they arrived malodorous fashion, or that waiter that gave you horrible service and you then decided to leave briskly leaving only two dollars on a fifty dollar bill. Could they have benefited from your candor and done better in the future or were they better off without the truth as they invented their own story in private.

I am writing this posting today because I withheld a direct comment from a person a few days ago that may have caused a stir and it has followed me around ever since. It was about money and that is usually a topic that sparks all sorts of negative vibes when not handled correctly. So who has the trump card here? You might also be asking yourself, what stopped me from posing a simple question when the moment came about? The filter rose up and urged me to investigate the purpose of my inquiry and where it would lead. I did and it caused me to retreat.

In closing, I ask you to take a look at what you hold in and what you release in many different situations. Listening more and weighing the possibilities can turn around so many quagmires in rapid time. On the other hand, holding too much in is terrible for the soul and at some point it must be released for the benefit of your well being. Just posting this has helped me in a strange way. For me it means that I am listening to my inner voice more and more and I am getting clearer. How about you? Here's to the clearing......              Chase
Email Post
Labels: being frank being up front bluntness candor no filter open openness revealing straight up truth telling it like it is truth