The Art Of Flying 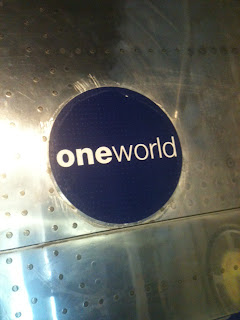 I named this posting as such because it really does seem to be an art to me. I have been in planes since I was about 15 or so and it has gotten more and more exciting as the years have gone on. Truthfully, I am still fascinated with how that extremely heavy piece of fine crafted machinery gets off the ground and thousands of miles away in a few hours or more.
Being inside of an airplane is not what it was even 15 years ago for obvious reasons, however, the one thing that should not have ever changed is the service. Today I had an amazing experience while going through the security check. Something happened to me that I thought was impossible! The TSA people were actually very nice to me and smiling and everything!!! I complimented them immediately and felt a little light as I walked to my gate.
I enjoy airports as well because there is always so much to take in and learn from while you are there. Have you ever noticed how clean most airports are? What about the fact that there are more healthy options for food than there have ever been in the history of airplanes right now!!You will pay handsomely for these choices, but they are available and that is what is important. I watched a guy take two upscale chocolate candy bars to the register and then when he asked how much they were, he walked right back over to where he found them and released them from his hands promptly. They were $6.00 in total. When convenience and decadence meet in the same place, you will always feel a hit to your pocket.
Being on an airplane should always be pleasurable, in my opinion. You are high in the air, sitting in a relatively small seat, (depending on your weight), and you are with at least 100 other people on top of it all. So the question remains, why is it that when that little curtain goes from left to right after first class, it feels more like a punishment than it should?
I happened to be sitting right after first class today and the girl next to me asked for a blanket. She was told that they did not have any for coach. About 20 minutes later, a woman in the same row as us but on the other side was given a blanket. We looked at each other and just smiled. Then the woman asked us if we wanted anything to eat. I declined and so did the woman next to me. However, the woman who received the blanket wanted a cookie, so they delivered it to her and her husband paid with a credit card!!When I was younger you got 5 different things in a flight for free and now a guy pays $4 dollars for a cookie!!! Money is not exchanged on planes anymore. The flight attendants seem to treat passengers very blandly and they do not seem to enjoy their jobs anymore. Prices are still manageable for tickets if you do your research, however, they get you with the baggage anyway. What happened and who pushed the green light on all of this?
Lastly, the marketing in the airport is truly over the top. I saw an ad as I went up the escalator that said, "Why work on one thing at a time when you can work on everything at one time?" That ad was for a new machine that was just like the ipad. The ad was the length of the escalator and you could not ignore it.
The other thing is, you never know who you will run into. I was standing behind a woman that I have seen at least 50 times in my neighborhood. I introduced myself and found out that she lives one block from me with her family. It's a very small world. I love to fly....
c