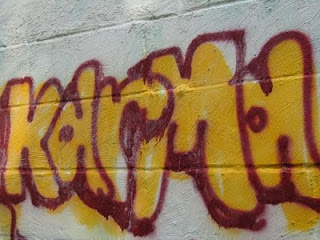 A few days back I was eating at one of my favorite places in the city and I was so relaxed and very much engaged in the atmosphere of the place. I had an envelope of money on my person that I was going to deposit in the bank later. To get right to the point, I paid for the meal and then the envelope slipped out onto the seat and I walked out without it. I did not recognize this until much later when I received an email from the restaurant. The sweet woman there are my friends and they held it for me. I returned later to retrieve it.

I should point out that the envelope had $700 in cash in it and it was untouched when I picked it up. When it all happened I immediately thought of how long I had been cultivating the relationship with these people strictly because they were high spirited individuals. I truly love them as people and they resonate happiness each and every time that I see them. I knew that karma was in full bloom and that I was the recipient of this gift because of my past actions and words.

A few weeks ago, I found a wallet with lots of cash in it and many credit cards and lots of juicy items. The woman who it belonged to lived on the next block and she came by to get it after I searched high and low to find a way to contact her. She was luke warm appreciative, however, that did not matter to me. The most important thing was that I sent the energy out that I would have liked to receive had I been in her position. It felt so good that I cannot explain it.

The karmic scoreboard is always working no matter what. There is nothing that you can do about it even if you tried. The good part is that we have the choice on a daily basis with our thoughts and actions to keep it galvanized and running correctly. Is that magic or is that magic? I think you feel me..
Email Post
Labels: actions caring thoughts clean living daily energy Karma resonate happiness thought process

Chase Steele Greye said…
Thank you Kalina. Your comment is greatly appreciated, sincerely..
May 1, 2011 at 11:45 PM