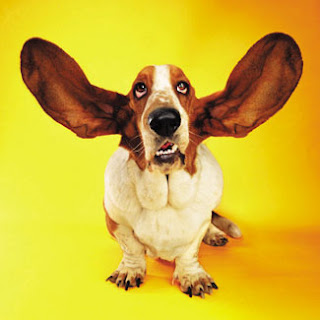 I once heard it said that people will tell you exactly who they are when you meet them. I am such a believer in this sentence, it is undoubtedly true. My relations and my most treasured friends have taught me volumes on this subject. Conversations in general are not taken as seriously as they should be in the grand scheme of things. When you are speaking with someone, are you truly listening? Have you already decided what you are going to say and just itching to get it out or are you listening and being respective of what is coming out of their mouth? I have been heightening my skills in this area.

Recently I spoke with a female friend of mine and she asked me what I felt was the most important thing that was necessary in having a truly rewarding relationship? My answer was, listening and knowing your partners wants and needs before they happen. It's like being a waiter at a fine dining restaurant. When the water glasses get low, should the guest have to ask for more water? When they finish their meal, would you wait to ask that their your plate be taken away? These are just soft examples of this school of thought. There is a saying that I heard once that said that a woman won't always tell you what she wants, yet she will reserve the right to be angry if she does not get it. That is a deep one. I will let that marinate with you..

In all seriousness though, listening is key for me right now in life. I hear so much more than I used to and it is reeducating me on all levels. Yesterday I was in a clothing store with one of my most treasured friends and as I walked in with her, there was a woman and her daughter leaving. The saleswoman asked that the woman step back into the store because the alarm had gone off. It seemed as though all was good, and then the woman who had purchased the merchandise went ballistic! She started speaking loudly and cursing and acting as if she were accused of stealing. Her children were beside her and they were very disturbed by their mother's behavior. I truly thought that she was about to strike the woman and I was concerned for her. A male salesperson then came to the front and stood next to them and the woman demanded her money back while threatening the woman for being racist.

In keeping with the theme of this posting, I really made an effort to listen to what was going on behind the rage that had by now permeated through the entire store. Each person was full of negative energy and not engaged in shopping any more. The faces were filled with surprise at this woman's election to create an entire
major motion picture out of being asked to step back into the store. My gut told me that there was more to this than meets the eye. Maybe she had stolen something and bought something? Maybe she had her own personal story about people from other countries, as the woman who asked her to step back inside was Russian or possibly Croatian I think. The bottom line was, I did not feel that the rage was directed properly. Actually, it was totally out of place. That is just my perspective though, it is not right or wrong, it just is.

Upon walking out of the store, we discussed the situation and we both agreed that there were some deeply rooted issues inside this woman. I remained as far as possible outside of the judgment club, because I felt that would be unfair. However, what I heard inside of myself from actually listening was less than favorable. So take the next few days and listen more than you speak. See if you can learn something new from a person that you are close with that you didn't see or feel prior to this time. I would love to read your comments on this topic. Just click the mail sign below and let us know what you think? May your day meet you with unexpected joy that carries over for many weeks to come.

Chase
Email Post
Labels: being aware of others hearing listening paying attention speaking more than you should taking time to hear others